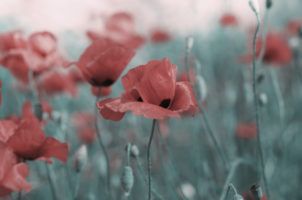 This year, on Remembrance Day,  I find myself contemplating the realities of “remembering,” instead of the abstract notion it has been for me in years past.  Both my grandfather and my Uncle Joe survived WW1 and WW2 respectively; and I realize that they were just a scant few years older than my son is now before they went off to war. And that stops me cold. To imagine my teen-aged son – still full of innocence and wonder about how the world works – heading off to war, is a sobering thought. How many mothers have watched their sons make the choice to put themselves in harm’s way? How many have watched them come home with their innocence shattered, their bodies wounded or their hearts broken and their minds forever stained with images of things most would hope never to witness?

Even with intensive training, I cannot imagine that anything could prepare one for the realities of combat. The fear that must be over-ridden in order to complete a mission. The possibility that anything could happen, that anyone you meet could be an enemy, that any step you take could be the last one you make. How can one maintain compassion and empathy when faced with constant, imminent threat? And how can one not be fundamentally changed by witnessing horrific acts of war; the injuries and mutilations, the stark realities of what people are capable of doing to each other?

The few stories that I heard about my grandfather’s & my uncle’s experiences were few and far between. My grandfather died before I was born, but some of his experiences are recorded in a collection of letters which which now reside in Canada’s National Archives. My uncle served in the Navy in the Battle of the North Atlantic. When I was in high school, I was assigned a project about WW2. I come from a family of story-tellers, and I naively thought I would be able to ask my uncle about his experiences at sea, and that he would regale me with tales of heroic deeds.  When I “interviewed” him, he was very kind, and he answered my direct questions. But there were no tall tales full of glory, nor epic stories of horror. He gave me the facts as he knew them. And he spoke with a reserve that I can only imagine was born of a pain I cannot comprehend. I understood in that moment, that war was real.

Perhaps not talking about it was a way of keeping “the war” and “home” in separate places – both physically and otherwise. I don’t know.  But what I do know is that it must be phenomenally challenging to come home to a world that has never seen anything like what these people experience doing their jobs every day on a tour of duty. How can they possibly reconcile what they have seen and done, with a society that seems obsessed with finding the quickest route to anything easy and comfortable?

In a war, threat is critical and ever-present. Soldiers must be hyper-vigilant and prepared to react in a split-second or risk death. By necessity, the “fight or flight” response within each of these men and women goes on high alert, and remains there. That response creates physiological changes in each of their bodies that allow them to react swiftly to life-threatening situations. On returning to “normalcy” at home, if one can call it that, each one of these people must not only find a way to heal their injuries; they must find a way to diffuse the very threat response that has been responsible for keeping them alive! Who wouldn’t find that a challenge? We have, to a large degree, failed in our support for them.  I don’t have the answers. But here’s what I do know. We need to provide more funding and real practical support for these folks on their return to Canada after serving in combat situations. We are not holding up our end of the deal.

I look at my fourteen year old son today, full of hopes and dreams and plans to change the world. And I thank those that have served for their part in preserving his innocence, and my own. I am sometimes confused by the conflicts my country engages in, but I am always grateful that there are men and women who somehow find the courage to put themselves in harms way for what they believe is right, for the values our nation holds true. What they have experienced is raw, it’s real and it’s rough. It’s time to make sure these folks can find a way to thrive again when they return home.

(If you’d like to find ways to support our soldiers when they return home, I encourage you to visit Wounded Warriors, an organization working to honour the fallen, and help the living.)

Susannah, Thanks for remembering those in your family and all who served around the world past and present.

You remember so well your family and I applaud you for it. Too many people remember not at all 🙁 and then indeed, too many people do not DO anything for our fallen heroes This is A MUST in my book ~ helping a friend who has lost a loved one or even walking through a Vet Cemetery at any other time of the year allows us pause and reflection. It will create more peace in our world should we do this!

Susannah this is a beautiful tribute to your family and a lovely reminder to honor those who have served and are serving in an ongoing way. Opening our hearts with deep compassion for the sacrifice and challenges faced by those who have served will allow us to better serve them in any capacity we can. Thank you for your post.

Thank you Cindy, Laura and Kelley.